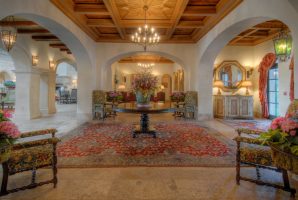 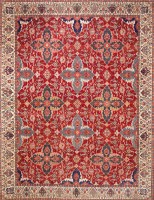 At Mavyan Carpets, we have proudly represented the Woven Legends brand since 1989. We are the exclusive dealer for Western Canada and have a large selection of these fine naturally dyed carpets in stock.

Woven Legends has created a vital dynamic among the craftspeople and artisans they employ in Turkey by re-establishing the ancient traditions of dyeing and wool spinning, thereby employing thousands of people in valuable work formerly done by machines; and by reviving the weaver’s central role as interpreter of design, a role which has been missing for nearly a century, as overzealous producers sought to minimize variation, even to mimic the “perfection” of machine-made products. In defining the ideal balance between maker and consumer, William Morris said it most clearly: “To give people pleasure in the things they must perforce use, that is one great office of decoration; to give people pleasure in the things they must perforce make, that is the other use of it.”

“Handspun wool, natural dyes, nimble fingers, and witty designs combine, and the tradition of the Oriental carpet in which art and commerce embrace has reached its modern pinnacle of excellence in the enterprise of Woven Legends” — Dr. Henry Glassie, author of Turkish Traditional Art Today (IU Press).

“Resplendent in their vegetal dyes and handspun yarns, these gems evoke the rug experience as it existed centuries ago, and they will be the heirlooms of the future.” — Larry Simons, A Candle in the Night.

“It would be hard to exaggerate just how important Woven Legends has been in the rug industry since around 1985 — which, not coincidentally is when I believe the rug renaissance began to be felt… If you buy a good rug from Woven Legends, you will have bought the very best the market has to offer.” — Emmett Eiland, from Oriental Rugs of the Twenty-First Century, Berkeley Hills Books.